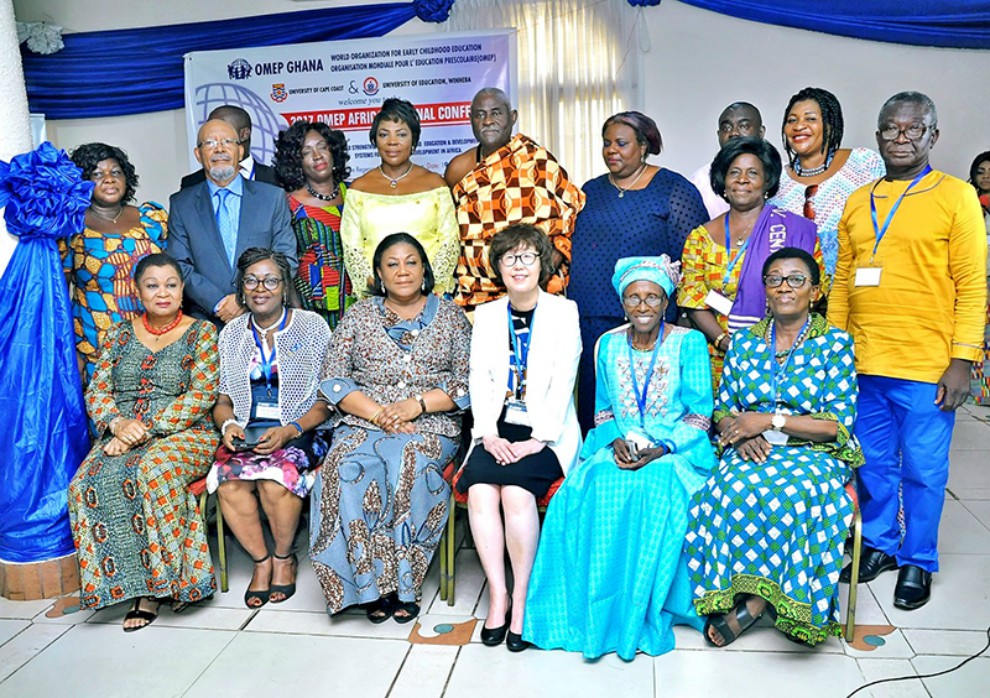 May the lovely blossoms fill your heart with joy and happiness! There has been a lot going on at OMEP in the past four months that I think you will be interested to know.

An Executive Committee meeting was held in Seoul on Feb 17-18, 2017 at Ewha Womans University. All of the executive committee members were in attendance, along with several of my colleagues from Ewha University who assisted us. The purpose of the meeting was to develop the 2017 Action Plan, review and update various organizational policies and procedures, discuss our vision for the next three years, and distribute tasks and responsibilities among committee members. Please note that travel and accommodation costs were covered by outside funding, not by the World OMEP budget.

B. OMEP’s Work at the United Nations

Side Events at the United Nations are selected by a competitive proposal process for presentation during meetings of the UN General Assembly and major UN commissions.  As an organization with Special Consultative Status at the UN, OMEP is entitled to submit proposals to organize, sponsor, or co-sponsor Side Events (sometimes now called “parallel events”. This is one way for our organization to gain credibility and visibility as an important voice for the world’s youngest children.  In addition, hosting Side Events also enables us to strengthen our networks and to get our messages to decision makers at the UN.

a. OMEP Side Event at UN on February 9, 201
With leadership by Maria Pia Belloni, OMEP’s main representative at United Nations, and the rest of OMEP’s New York team, OMEP organized an important Side Event at the United Nations on Feb 9, 2017, entitled Early Childhood Development as Strategy to Eradicate Poverty and Reduce Inequalities in a Migration and Refugee Context. Side Events are selected by a competitive proposal process for presentation during meetings of the UN General Assembly and major UN commissions. This Side Event was held in conjunction with the UN Commission on Social Development.

b. OMEP Side Event at UN on March 13, 2017
On March 13 OMEP organized another Side Event entitled Empowerment of Women in Migration: Impact on Their Children’s Educational Outcomes and Resilience.  Although the session was held on a cold, snowy day at 8:30 in the morning, the auditorium was nearly full. It was held by OMEP representatives to  UN in New York and Others interested in advocacy for the world’s youngest children, on March 13. After this successful Side Event, there was an orientation meeting for OMEP’s 2017 representatives to the UN and others interested in working together with them on the New York Team.

c. Appointments to Several Important Committees at the UN
Maria Pia Belloni, OMEP’s main representative at UN and chair of NGO Committee on Migration, is also on the steering committee for the Child Rights in the Global Compacts Initiative and has been asked to be part of the draft group for the working document. This provides OMEP with an opportunity to support ECD/ ECE in the development of initiatives that will be widely circulated and influential around the world.

The Collective Consultation of NGOs on Education For All (CCNGO/EFA) is UNESCO’s key mechanism for dialogue, reflection and partnerships with NGOs in the framework of the EFA movement. By acting and participating as OMEP Representative within the CCNGO/EFA Coordination Group, OMEP will have opportunity to contribute significantly to EFAs overarching goals.

During the meeting, Maggie presented on OMEP’s strategies and actions in the implementation of SDG4-Education 2030 on May 8. In following day, OMEP’s ECE Resource Bank website was introduced in a way of contributing raise awareness of SDG 4.2. during Open Space/ Marekt Place Programme.

Last but certainly not least, don’t forget our World Assembly and Conference 2017 will be held in Opatija, Croatia. Our Executive Committee is currently working hard for the World Assmebly(June 19, 20).

See you all in Opatija!