The Technology Experience: As an Opportunity in Early Childhood Education. OMEP Turkey 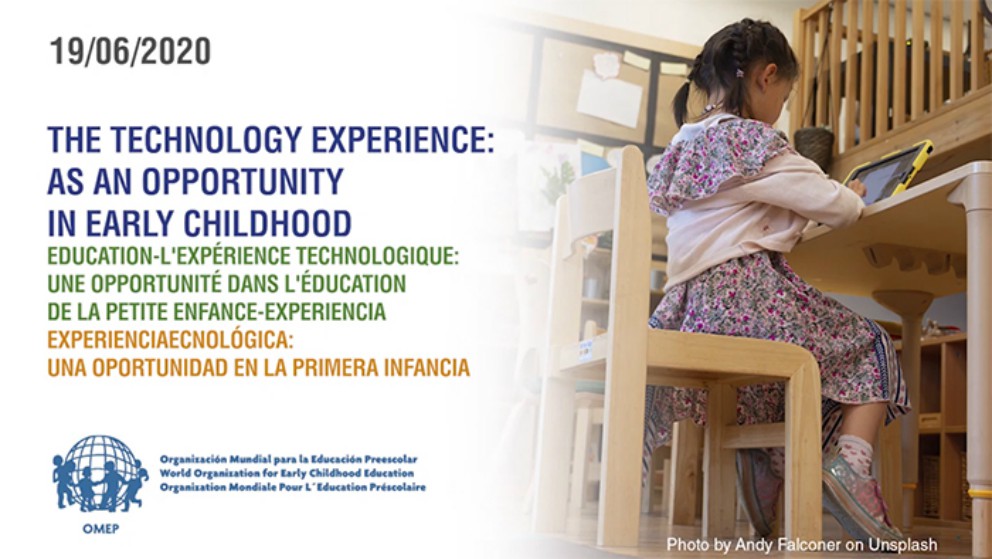 As we all know, the world encountered a pandemic and some precautions have been taken to handle this situation.

According to UNESCO, about 1.8 billion students worldwide, from higher education to preschool education are affected by this situation, as of April 17, 2020.

The number of affected students represents about one fifth of the world’s population.

When we take a look at Turkey, with the decision of shutting down the schools the Ministry of National Education has strengthened the infrastructure of the digital education platform, called EBA (Education Informatics Network) to establish an active distance education system and collaborated with TRT (Turkey Radio and Television Corporation). The courses from primary school -to high school in which children have to follow has been presented daily with the help of television.

In addition, the Ministry of National Education established a distance education system that supports students academically and socially, implemented the psycho-social support system and provided vocational and technical education schools to produce the materials needed during the pandemic.

However, it was noteworthy that these studies have not started at the level of early childhood education yet.

As a result of our interviews with preschool teachers in order to take the pulse of this period I have mentioned so far, it has been revealed that very serious precautions should be taken especially in early childhood education during pandemic.

It has seen that many preschool teachers used distance teaching-learning tools more than they have ever used before and have gained new experiences about distance education, in these days we left the pandemic behind.

Also, talks with preschool teachers shows that more intensive communication was established between teachers and families than ever before, and the doors of a new era were opened, where they began to understand each other better.

Additionally, preschool teachers have expressed that they need state-funded preschool education resources which have a qualification to be a guide for the education that they provide to children.

At the end of this period of time another suggestion given by teachers is   a family-oriented distance preschool education program.

Preparing the contents of distance education that will be offered to children by considering the attention span of a child is another suggestion.

On the other hand, the establishment of new systems in which the child’s development can be followed at home and at school is also one of the suggestions

The need to configure adequate and qualified distance education environments especially in preschool education, is a reality and an opportunity for new experiences that emerged with this period.

While adapting to new normal life, preparing early childhood education programs that include a more accessible, adaptable intervention program that can adapt to any extraordinary situation is our responsibility,

During the pandemic, we have reached the conclusion that there are differences in education while presenting learning opportunities with technology so it should be made easier for reaching the technological tools.

I wish this pandemic, which should be considered as an opportunity to establish a positive connection with technology especially in early childhood, will guide more qualified experiences for the children who will be the followers of the future in technology.

Position Paper: Early Childhood Education and Care in the time of COVID-19