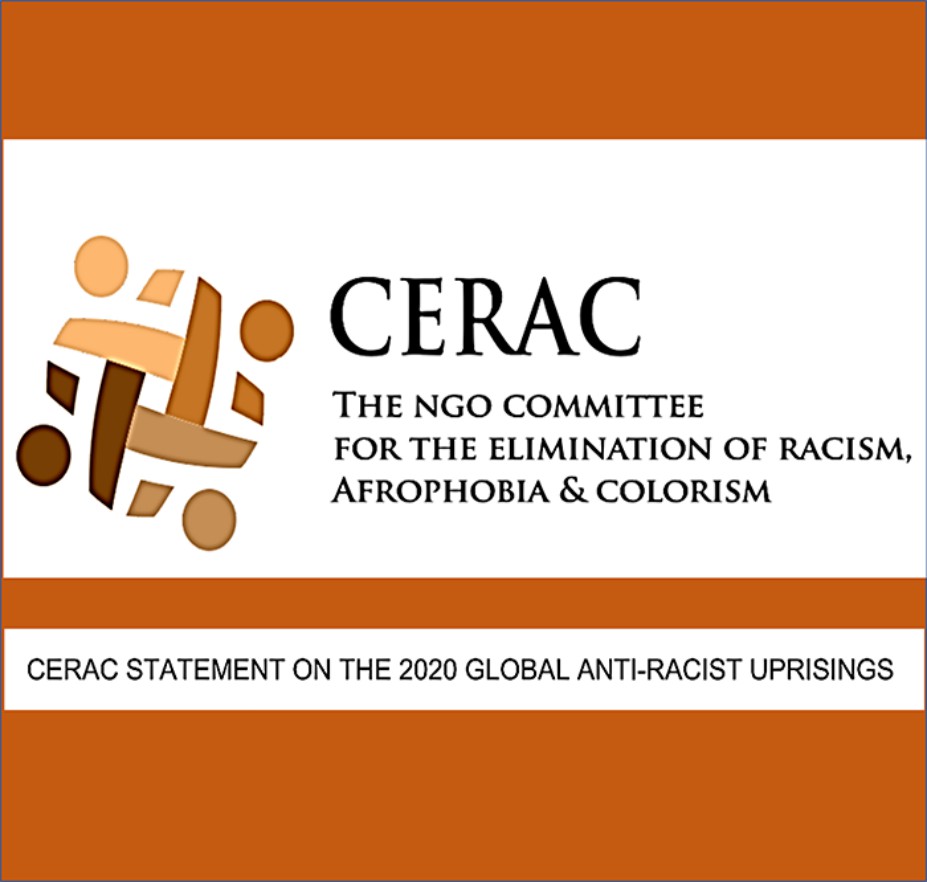 Donna-Akilah, OMEP’s representative at the UN headquarters in NY, belongs to the NGO Committee CERAC, which is a network of nongovernmental organizations that advocate for the Elimination of Racism, Afrophobia and Colorism. CERAC joins in Solidarity to the protest movement, that took more strength after the murder of George Floyd. That is why, the Commitee reminds the importance of an universal adherence to the DDPA, the International Convention on the Elimination of All Forms of Racial Discrimination (1969), and the Programme of Activities for the Implementation of the Decade for People of African Descent, 2015-2024, adopted by the UN General Assembly.

Racism, colorism and afrophobia have caused centuries of systematic discrimination, reflected in trafficking, enslavement, colonization, racial segregation, most of all in African descent people. That is why the CERAC makes some recommendations for the national and international community, as:

OMEP as an NGO that advocates for the human rights of the early childhood, adheres to the recommendations proposed by the CERAC, and also joins the movement against racism around the world.

We believe in a fairer and happier society for all, from birth.

Social media of the CERAC:  Facebook page, “NGO Committee for the Elimination of Racism, Afrophobia & Colorism – CERAC”, and at Twitter @NGO_CERAC.

New article: The Coronavirus Pandemic and Lessons Learned in Preschools in Norway, Sweden and the United States: OMEP Policy Forum.